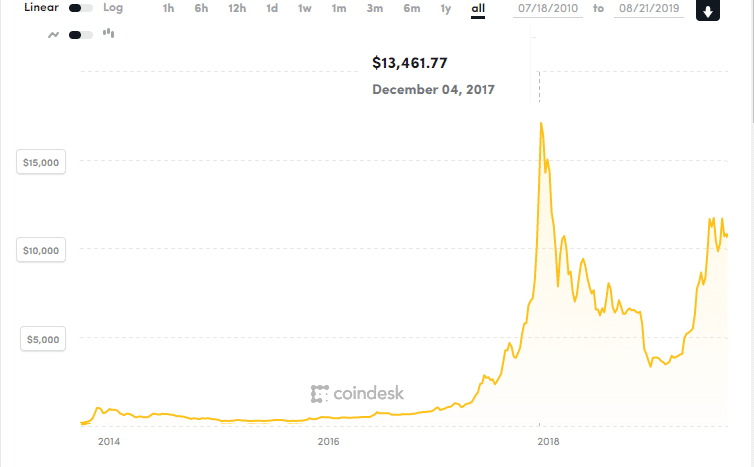 Are Google Ads customers about to lose money?

Last year I predicted the Bitcoin crash. Sadly I am not a financial whizz or cryptocurrency expert, but maybe it was my marketing experience. I could see it increasing volume in social media and the news about rich people buying in. It reeked of marketing spin to get the average Joe buying in. Stories starting circulating of the people who missed out on being millionaires, just to fuel that desire to not miss out again. I did warn anyone talking about it, but they ignored my point about the ease of manipulation and lack of regulation. Buy low and sell high has long been the motto of the stock market. Well, to be fair to them the previous December had seen record peaks, so logic said it would do the same.

So what happened? Well, lots of people bought in, and it crashed. So some sold at a loss to massive financial implications, and it took 6 months to recover. Yes, it did continue its steep climb after that (despite not the media frenzy) but the point remains. People bought high and sold low, while others did the perfect reverse. Luckily some of my friends held their nerve and say I was wrong. That’s fine by me, they made money and I predicted a crash which doesn’t last forever.

It took cash to engineer a media campaign, so to me it was obvious they intended to make money from it. That money had to come from somewhere. The cynical view is the people behind it sold some of their shares, engineered a crash, then bought them back after it collapsed. They then brought the value back over a longer period of time to dilute suspicion.

But as I say, I’m not a financial trader, I can just see moves people are making. So why am I mentioning this? As I have suspicions Google are the new bitcoin and that people are going to lose money. It’s mainly why my main focus has shifted to PPC training, as Google are trying to freeze out agencies who can stop poor choices.

Are Google the new BitCoin?

Like Bitcoin I see a storm coming. The calls from Google this year have been way more than normal, each once pushing everyone onto CPA. My number is linked to 100’s of accounts, so I got a lot of calls.

Often the recommendation is along the line of increasing the bidding, which has been their game plan to increase the max CPC for all clients for a long time. Then came in first-page bid and top of page bid .

Their recent push though has been to CPA, where you are targetting people more likely to convert, and set the bid for the acquisition rather than by CPC.

I explained my concerns over monopolization on every call, and after a conversation on one of my big accounts agreed to give it a go in split testing. The results showed a higher CPC and lower interaction rate.

It’s not just the calls that are driving AdWords users to CPA targetting, Google is forcing us by practice. In this example, I can’t do a modified campaign for “buy” search terms only. Instead, it is considering the high traffic short-tail as a close variant of the exact match. Which of course it is not, it has clear commercial intent and not the same as “the”, “of” etc. It clearly changes the consumer intent of searching.

Here is the cost per click for an account I audited that had a max CPC set of £3.01 and was enhanced. So Google went 1500% over the set budget. And didn’t convert.

They also have a precedent of making changes that result in huge financial gain for themselves. In the past, any PPC expert would advise that unmanaged Display Network Ads could be a horrendous waste of spend. The reason was mobile AdSense, where ads would appear on games and spent huge money for an equally big bounce rate. Digital marketers knew how to block these to make Display Remarketing a great return. And Google changed it giving just a notification it was happening. So Display spend went through the roof again and Google refused to refund any of it.

Google is herding everyone in the same direction for a reason. They are a big company and have a responsibility to their shareholders so the reason will be to make money. It’s simple how. For CPA they will control all the bidding for all the clients and can set the price they want. I’m personally unsure how they can do this when they are the ones to financially gain. Regardless of if this is legal (which I guess it’s a loophole in Antitrust or monopolization laws), they have the easy option to join the two strategies together. In one day they can increase the cost per click value and make millions or even billions. If they really wanted to, they could even do the ultimate con in taking such a small amount daily over every keyword on every account, no-one would even notice. Arguably that has already been happening for years.

Why you need PPC training in 2
Free Digital Marketing Audit